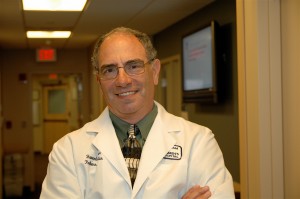 Howard L. Weiner is the Robert L. Kroc Professor of Neurology at the Harvard Medical School, Director and Founder of the Partners Multiple Sclerosis Center and Co-Director of the Center for Neurologic Diseases at the Brigham & Women’s Hospital. Dr. Weiner established the Partners Multiple Sclerosis Center at Brigham & Women’s Hospital in 2000 which combines clinical evaluation, MRI imaging and immune monitoring and is the first integrated MS center that brings these disciplines to the individual care of the MS patient. Dr. Weiner has pioneered the use of immunotherapy and the drug cyclophosphamide for the treatment of multiple sclerosis and has investigated immune abnormalities in the disease including the role of the innate immune system and regulatory T cells. He has also pioneered the use of the mucosal immune system for the treatment of autoimmune and other diseases, including ALS, Huntington’s disease, and stroke. Based on his work vaccines are being tested in multiple sclerosis, diabetes, and most recently in Alzheimer’s disease. He is also developing new therapeutic options for Neuromyelitis Optica (NMO). Dr. Weiner is the author of “Curing MS: How Science is Solving the Mystery of Multiple Sclerosis” that chronicles the history of MS, his 30+ years in the research and clinical treatment of MS, and details his “21 point hypothesis” on the etiology and treatment of multiple sclerosis. In 2004 Harvard Medical School honored Dr. Weiner with the establishment of the Howard L. Weiner Professor of Neurology Endowed Chair.

Dr. Weiner is the 2007 recipient of the John Dystel Prize for Multiple Sclerosis Research awarded by the American Academy of Neurology and in 2008 received the Betty and David Koetser Memorial Prize as awarded by the Betty and David Koetser Foundation for Brain Research. In 2009, Dr. Weiner was presented the Award for Outstanding Research Achievement, Nature Biotechnology SciCafé, Nature Publications.

In June, 2008 Dr. Weiner premiered his documentary film entitled, What Is Life? The Movie, a production he has been working on for three years a feature-length documentary that explores the big questions in life that everyone faces and for which there are no clear answers: God, the nature of the soul, how to attain meaning in one’s life, evil, destiny.